“The role of the media… forces us to ask what kind of a world and what kind of a society we want to live in, and in particular, in what sense of democracy do we want this to be a democratic society?”  – Noam Chomsky, Media Control 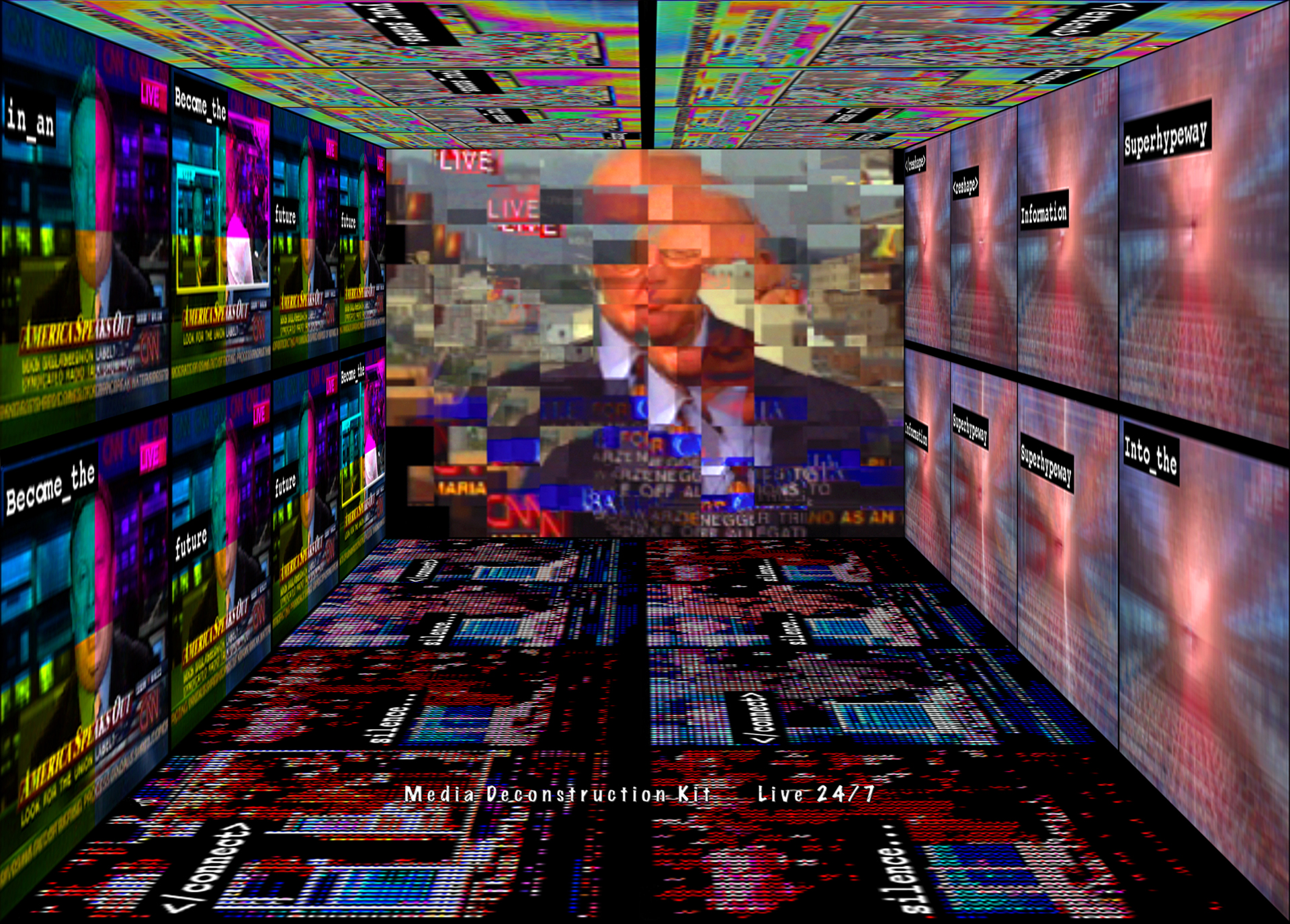 About the Media Deconstruction Kit

The reality of the 21s century is a hyper-reality of propaganda and illusion constructed by the news media. Events, information, ideas, and images are filtered through the media, packaged, and delivered to our screens where we enter into a state of seduction, hypnosis and submission. This state of affairs is only compounded in times of crisis such as we have experienced since 9/11: the use of media and the manipulation of its content must be understood as a breakdown between credible, meaningful communication and the frightening distortion of reality that confronts us today.

As a form of resistance to the systems of control that govern broadcast television and its propaganda, the Media Deconstruction Kit (MDK) reconfigures, disorients, and amplifies the disinfor

mation of broadcast media into an immersive, sensorial, multimedia experience. The MDK scrambles live news broadcasts and puts the altered matter out on the Net as a revolutionary weapon. We appropriate with magisterial fearlessness, transforming Fox News and CNN into magical imaes, and bring about the systematic reordering of the senses through the deconstruction of live, broadcast media. We divert mass media from its current roadmap to manufactured similitude through an hallucinatory recycling of composted media content.

The Media Deconstruction Kit is a collaboration with software engineer Wesley Smith. The work debuted as a live performance at the Johns Hopkins University Digital Media Center on October 26, 2003. It was then incorporated as an installation in the Experimental Party DisInformation Center, LUXE Gallery, New York City, August 21, 2004 – September 4, 2004.

This remix was an appropriation and remix of CNN election night coverage on November 4, 2004, when George W. Bush was re-elected.